One of the biggest threats to our native wildlife is the presence of non-native species that have the potential to spread rapidly and out-compete native plants. Non-native Invasives such as Himalayan Balsam, Japanese Knotweed and Signal Crayfish also cost the UK an estimated £1.7 billion annually, through impacts such as damage to river banks and the cost of removal.
Community groups and voluntary organisations have a vital role to play in tackling NNIS. The Government has recently announced the roll out of the Catchment-based Approach to the management of rivers and wetlands, with a core principle of involving local communities in making decisions and taking action.
Following on from last year’s Invasive Species week, this summer Surrey Wildlife Trust (SWT) are again working with partners at a series of sites to tackle invasive species and give more people the chance to be involved and take positive action to protect native wildlife. This year we are also helping to promote and co-ordinate action that other organisations in the Wey and Mole Catchment Partnerships are taking to control NNIS

Check out the list of local sites including the River Wey, Unstead & Godalming, Farnham Park and the White Rose Lane Reserve in Woking 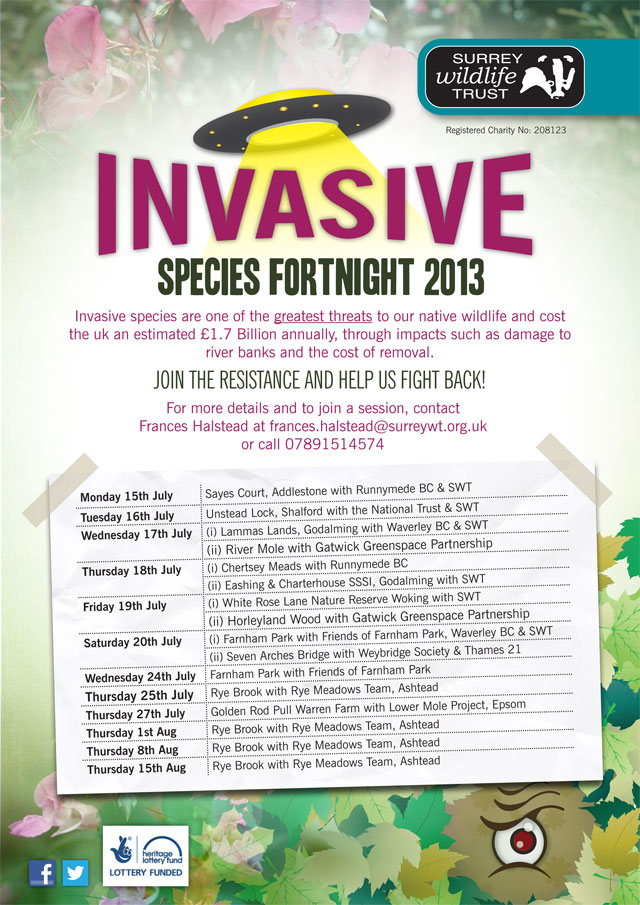 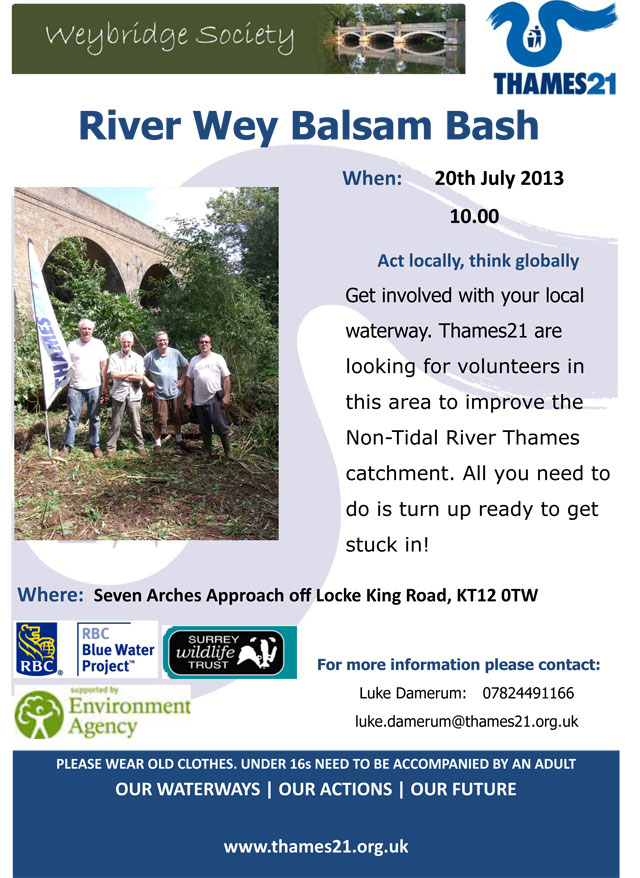