Thanks to local group member Patrick Haveron for alerting us to this proposal for a massive solar farm at Eashing.

The so called ‘consultation’ was probably the poorest consultation for a major planning application that I have attended in recent years.

The publicity was appalling (it was only thanks to twitter that Patrick heard about it on the  day thanks to an alert local resident).
It took place at Shackleford – so the other side of the A3 in a village some miles from the actual site which is just outside Milford.
There were no handouts or information to take away.
Some of the information on the boards was contradictory and confusing – particularly the references to the quality of the agricultural land and what it is currently being used for.

I asked if there were plans to do another consultation event nearer Milford.  The response was swift and curt ‘No, and we didn’t have to do this one’.   What a nice chap!  I’m sure the only reason they did this one is so that they can tick a box on the planning application and tell Guildford BC they have done it and write a report on the feedback from their “community consultation” which managed to consult the wrong community!

There are no proposals for any community benefit and there are certainly no proposals for community ownership (I asked).  According to the developers,  community ownership doesn’t work as you can’t expect individual people from the community to invest £10k in energy projects like this  with a total cost of £7-8million.  I wonder how hard they really tried.  A developer could certainly raise considerable sums for investment in this area of Surrey if it had the right attitude and it genuinely wanted to share ownership.  Clearly these developers haven’t heard of our local co-op Wey Valley Solar Schools which raised over £700k in six weeks in 2011 with individual investors subscribing sums between a few hundred pounds up to the maximum  allowed which was £20,000.  Nationally there are much larger members co-ops under the  Energy4All umbrella.  And finally, what about Westmill Solar?  That raised millions in the space of a few weeks. Mind you, having met the developer at the consultation whether anybody in this community would actually want to work with this bunch is another matter. 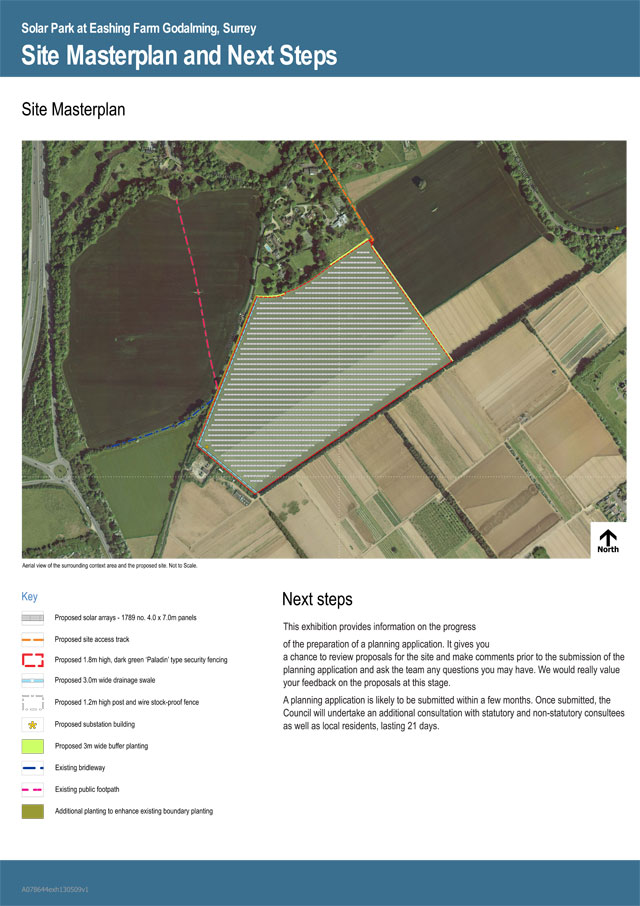